Tyler Bell is the Managing Partner of EleventoOne, a creative social-impact consulting firm that provides entrepreneurs and organizations with the tools, resources and strategies needed to bring their vision to life. With over 10 years of experience living and serving at the intersection of People Operations, Education, Policy, and Technology, Tyler uniquely understands how to build community while creating sustainable change. He is an advocate, advisor, and active volunteer for several local & global social impact organizations. Additionally, Tyler enjoys spending time with loved ones, practicing mindfulness, traveling, sports, and finding the best food in every neighborhood.

Prior to working on campaign talent development and retention in Democratic politics, Deepa spent more than 15 years specializing in business operations in the media and entertainment industry at WWE, Miramax Films, The Weinstein Company. Deepa holds an MBA and an MS in Information Systems from Boston University’s Questrom School of Business and a BFA from New York University’s Tisch School of the Arts. 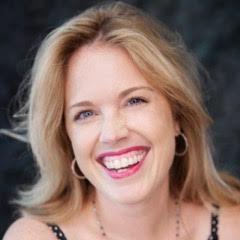 Consultant
Catie Langston is a professional fundraiser and non-profit consultant in the Los Angeles area. She began her career at Polytechnic School, a K-12 independent day school in Pasadena, CA. For 9 years, she helped build and launch the School's $93 million anniversary campaign, which included growing a broader base of donors, organizing special events, managing direct mail campaigns, and engaging in personal solicitation of major donors. Catie shared this knowledge and experience with another Los Angeles independent school by joining the Pilgrim School team in 2012 and then lead them through 7 years of transformational growth, including a major capital campaign and campus renovation. Catie is a mission-driven leader who believes in transforming communities through relationships. Her desire to connect and help people has led her to a new path of helping women through wellness/accountability coaching and personal styling. She lives in Los Feliz with her husband, two children, and their beloved rescue dog, Moonee the Magical Unicorn.
Email Catie Langston 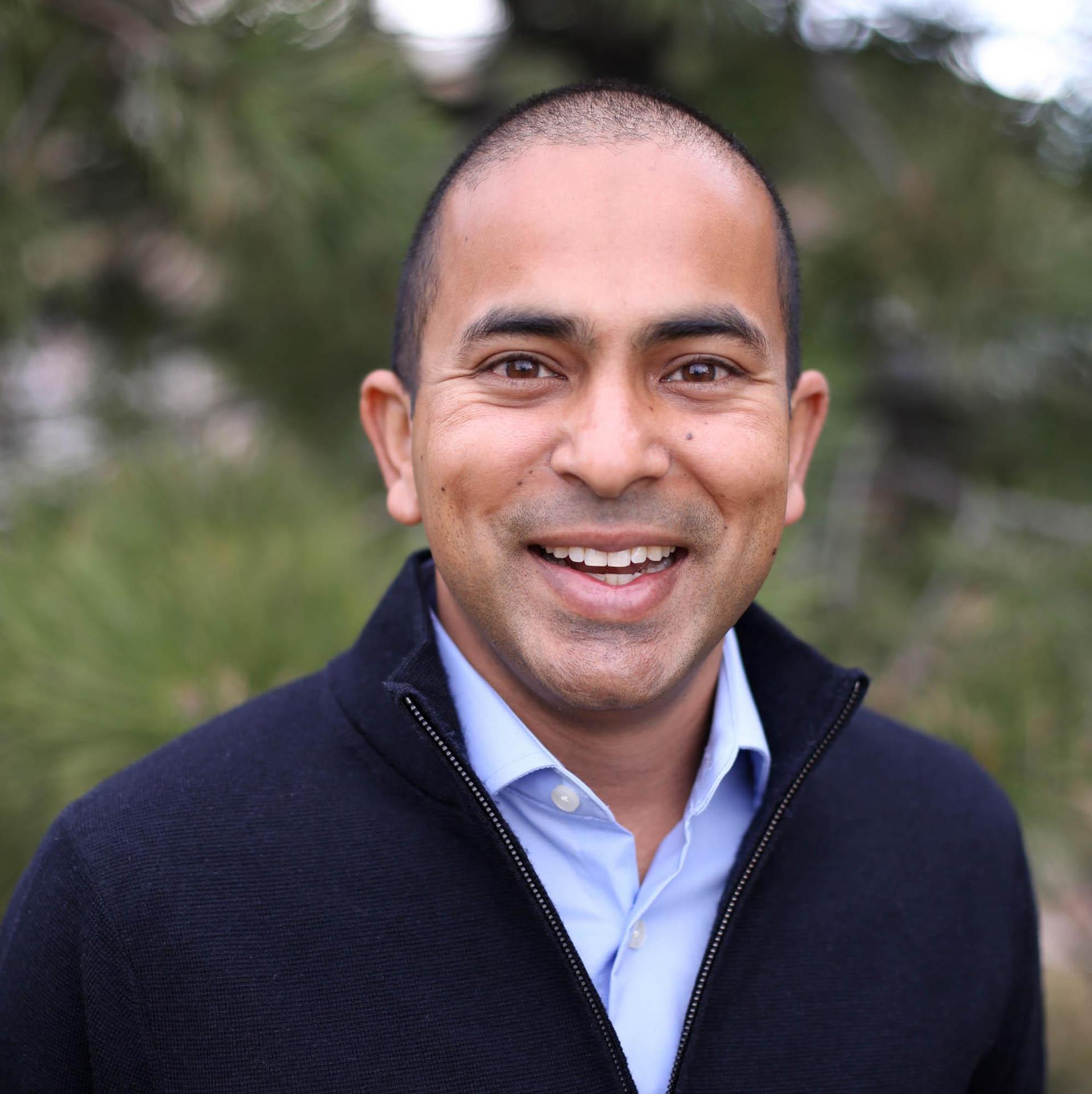 Operator in Residence, Charter School Growth Fund
Prabhu Reddy is an Operator in Residence at the Charter School Growth Fund, a nonprofit that identifies the country’s best public charter schools, funds their expansion, and helps to increase their impact. At CSGF, Prabhu spends his time solving challenges related to building and financing school facilities. Before joining CSGF, Prabhu was Chief Financial Officer of KIPP Bay Area Public Schools, a network of high-achieving public charter schools in the San Francisco Bay Area, where he helped lead the organization’s growth from seven to fifteen schools. In his role, he was responsible for developing a best-in-class finance team, financial strategy and planning, financial stewardship, and real estate financial strategy. Prior to his role at KIPP Bay Area Public Schools, Prabhu was Director of Finance and Operations with KIPP San Diego. Prabhu began his career as a member of the Investment Team at Pantheon Ventures. He earned a BS in Business Administration from the University of California, Berkeley. 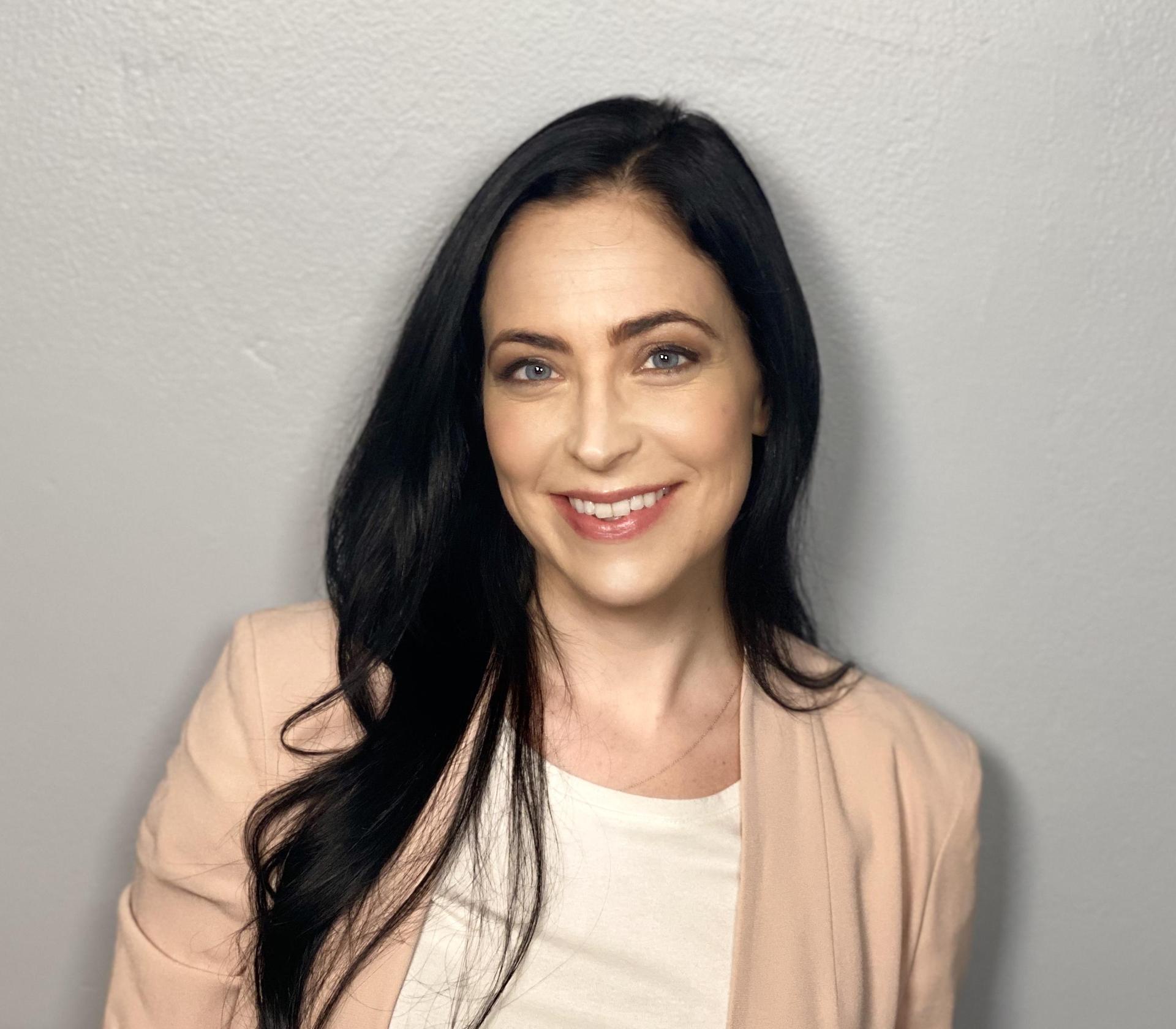 Program Officer, Joseph Drown Foundation
Alyssa Santino is the Program Officer of the Joseph Drown Foundation, a private foundation that distributes approximately $4,000,000 annually to nonprofits in the Los Angeles area.  The primary focus of the Foundation is education, with a particular interest in supporting strong K-12 public schools and college access programs.  The Foundation believes that equity and opportunity are best addressed through quality public education and supports programs that work toward solutions for the myriad of existing problems in Los Angeles area schools.  She has been at the Foundation for twelve years.  Alyssa is a native of Colorado and a graduate of Loyola Marymount University in Los Angeles with a major in Dance and a minor in Comparative Religious Studies.  She previously toured internationally with a modern dance company and constructed educational curriculum for the organization to bring dance into schools that connected movement to core subjects.   With a background in dance performance and education, it is a deep curiosity, desire to connect to others and dedication to continuing to learn that have remained common threads throughout her work. 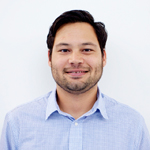 Attorney, Christie, Parker, Hale, LLC
As a patent and trademark attorney, Mr. Bajracharya counsels clients with respect to their intellectual property assets and helps them manage and grow their portfolio. He has worked extensively with domestic and international companies specializing in various areas of technology, including medical devices, consumer electronics, sporting equipment, and apparel. Mr. Bajracharya works at Christie, Parker & Hale, a Pasadena law firm specializing in intellectual property, and in his spare time he enjoys playing soccer and cooking. Mr. Bajracharya received a BS in Mechanical (Biomedical) Engineering from Cornell University and a JD from Tulane Law School.
Email Oliver Bajracharya
Frank Spindler

Prior to joining Payden & Rygel, Frank worked as a Compliance Analyst for the Financial Industry Regulatory Authority in Los Angeles and investment analyst for a CBIZ Financial Solutions, a wealth management firm in San Diego, CA.

Frank is a CFALA member and chairman of the CFALA program planning committee. 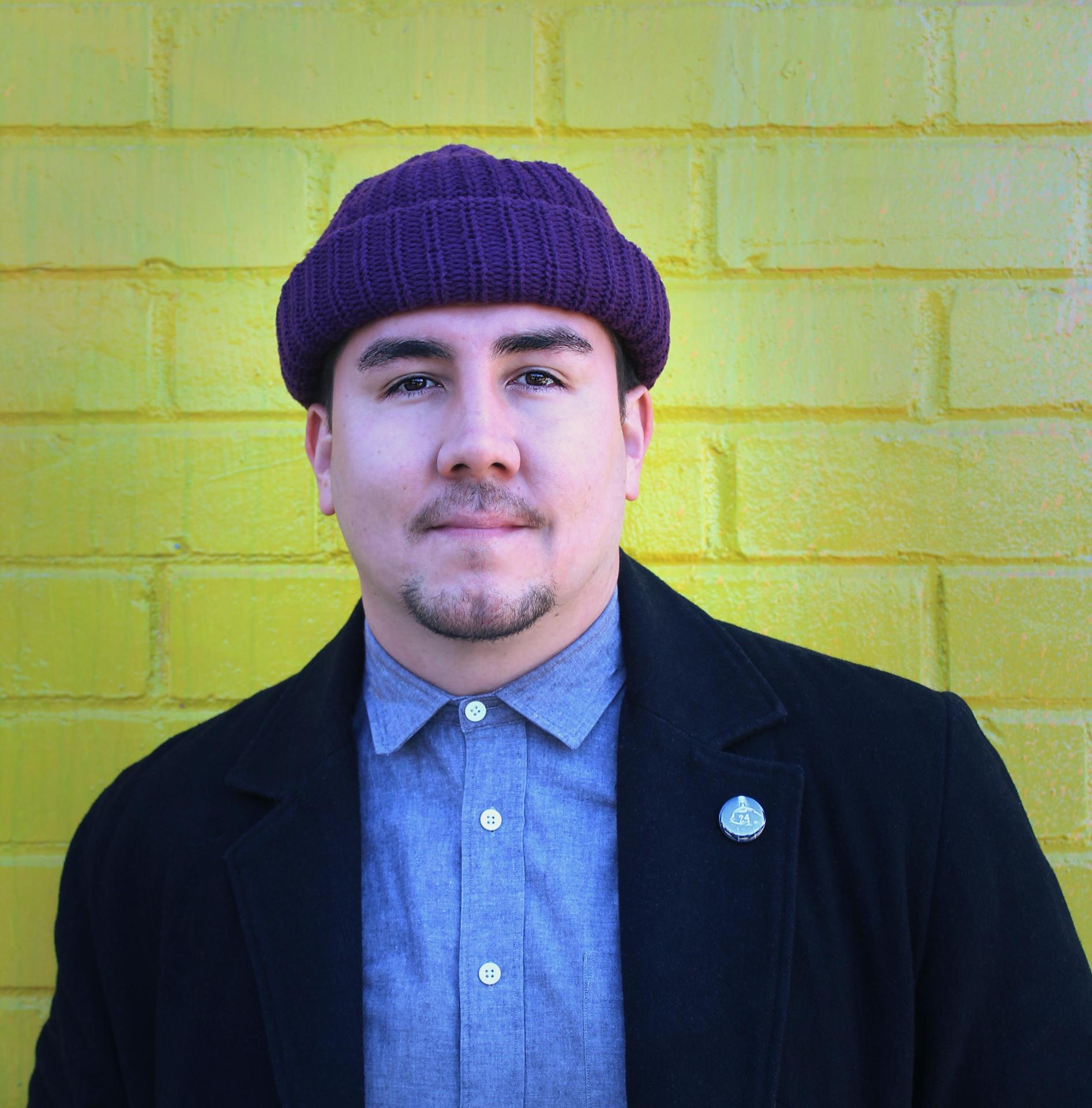 Director of Social Impact, Endeavor
Dakota Ortiz is the Director of Social Impact at Endeavor. Endeavor is a global leader in sports, entertainment and fashion operating in more than 30 countries and is the parent of a number of subsidiaries, including WME, IMG and UFC. Dakota advises on social impact strategy for clients, diversity, equity & inclusion initiatives, and manages the Endeavor Foundation, focused on industry inclusion. Prior to Endeavor, Dakota was the Program Lead at Annenberg Tech at the Annenberg Foundation. He holds a BA in History from the University of California, Los Angeles.
Email Dakota
Lindsey Heisser
Board Member, Academic Accountability Committee

Global Philanthropy Program Manager, Snap Inc.
Lindsey Heisser is the Global Philanthropy Program Manager at Snap Inc. where she oversees the company’s social impact and community relations. More specifically, Heisser and her team focus on initiatives that connect students from underserved communities to equitable access to education and career pathways. Before joining Snap, Lindsey was the Director of the LA Tech Talent Pipeline at Bixel Exchange, the center for Innovation and Technology at the LA Area Chamber of Commerce. She has over a decade of program design and implementation, partnership development and strategic consulting experience at the intersection of talent, education and technology.

Outside of Snap, Heisser is an active advisor to LA-based startups and mentors women and entrepreneurs of color. She is also a co-founder of nonprofit, We Are Enough, a member of TuesdayNights, a pitch coach for Women Founders Network and contributor to the US of Women Summit all supporting the education and economic mobility for women.
Email Lindsey
Committee Member
Brett Snyder 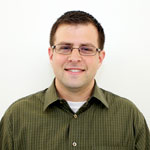 Founder, Cranky Flier LLC
Mr. Snyder is the founder of Cranky Flier LLC, a company focused on assisting air travelers via its Cranky Concierge (crankyconcierge.com) air travel assistance service and CrankyFlier.com website. He has an extensive background with the travel industry, having worked for USAir, America West, Eos, and United in the areas of revenue management, marketing, sales, and strategy. Prior to founding his own company, Mr. Snyder worked for PriceGrabber.com, a comparison shopping site with more than 24 million unique users per month, where he built and managed the travel site in addition to managing new products for the site and community efforts. In his younger days, he was the youngest known travel agent in the United States at the age of 12. Mr. Snyder has a BA in Marketing and Tourism Studies from The George Washington University and an MBA from the Stanford Graduate School of Business.
Committee Member
Carmina Osuna
Governance Committee

Carmina Osuna is a local of Boyle Heights in Los Angeles, and attended college at UC San Diego and Loyola Marymount University. Carmina began her career in education as a founding Spanish teacher with Alliance College-Ready Public Charter Schools. She later helped open Camino Nuevo Charter Academy’s second high school where she served as a teacher, Dean, and Assistant Principal. Carmina joined Thrive Public Schools' innovative team as the founding Director of its secondary school. Carmina has over 10 years experience in education and 7 planning and leading professional development and building strong teams with Council at the core. Carmina is currently working on her doctoral degree at the University of Southern California. 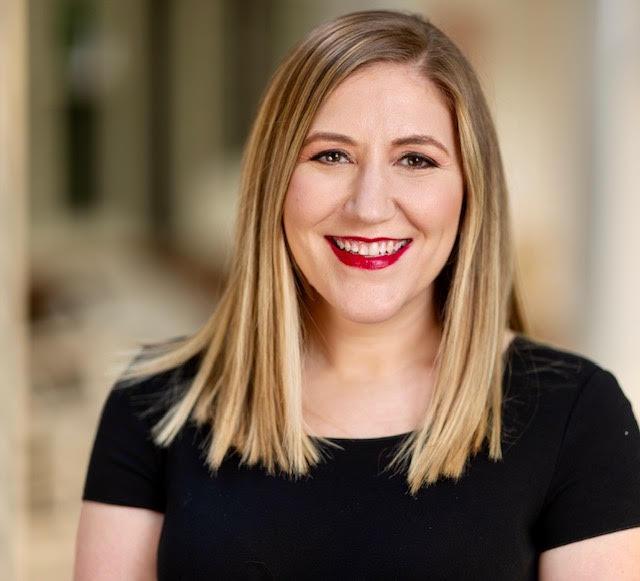 Chief External Impact Officer, KIPP SoCal Public Schools,Originally from Carlisle, Pennsylvania, Joanna Belcher received her BA in psychology and Justice and Peace Studies from Georgetown University in 2003. After graduating, Joanna joined Teach For America as part of the San Jose, California corps.  She then taught fourth grade and served on the leadership team at Ralph Bunche Elementary School, the first California Distinguished School in Compton, California. After witnessing the impact of school leadership at Bunche, Joanna went on to earn her M.Ed. & Principal Licensure from Harvard University in 2008 and then completed KIPP’s Fisher Fellowship.  In 2009, Joanna became the founding principal of SPARK Academy, KIPP’s first elementary school in Newark, New Jersey.  From 2014 to 2018, Joanna served as the Chief Academic Officer for KIPP New Jersey schools, developing a K-12 instructional program, managing school leaders, and driving significant academic gains for students.  From 2018-2021, Joanna was the Executive Director of KIPP Newark, serving over currently serves as the Chief External Impact Officer for KIPP SoCal Public Schools, where she oversees advocacy and politics, development, marketing and communications, and family and community engagement.  Joanna also serves as an advisory board member for the Pivotal Network at Georgetown University, an organization dedicated to forging connections among educators to support first generation college students.
Committee Member
Moises Gomez
Governance Committee 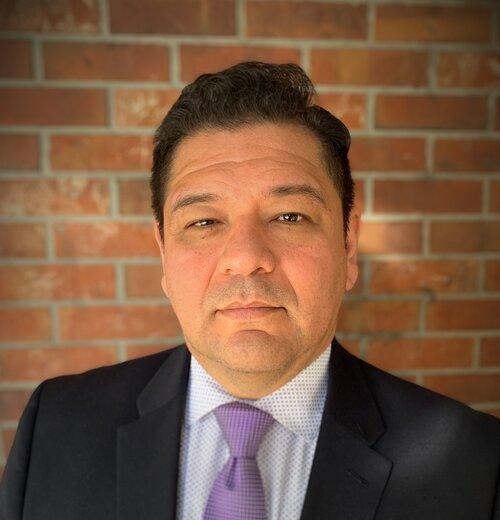 Program Manager, Byzantine-Latino Quarter Pico BIDMoises Gomez is Program Manager of the Byzantine-Latino Quarter Pico Business Improvement District (BID). Guided by the BID’s mission to keep the area’s business corridor a clean, safe, and attractive environment where people work, shop, and conduct business, Moises works closely with the BID Board of Directors, business owners, property owners, residents, and other community groups to improve the BID each and every day. Moises has expertise in workforce development, community organization, economic development, and small business entrepreneurship.