California Standardized Test Results-Scale: % at or above proficient 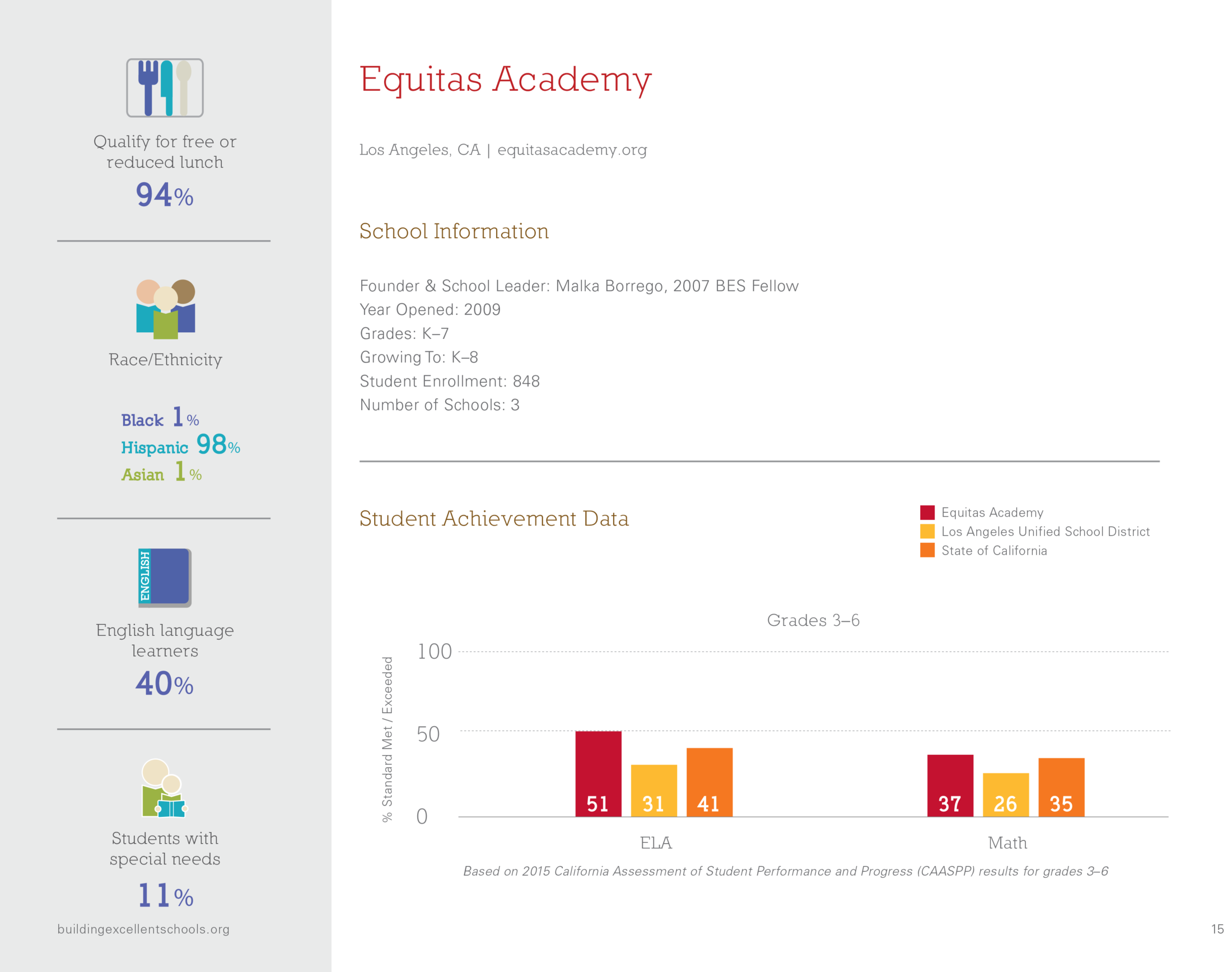 At Equitas Academy, we are determined in accomplishing our mission of preparing 100% of our students to be successful in college and beyond. Our scholars have outperformed the State and District on California Standardized Tests. Our API for 2012-2013 was 894, which reflected a growth of 26 points from 2011-2012. We are focused on using data-driven instruction in order to meet the needs of each an every child who attends Equitas Academy. Consistent and targeted intervention is provided to all students based on individual needs.

Equitas Academy's 2012-2013 API score: 894
The Academic Performance Index (API) is a single number assigned to each school by the California Department of Education to measure overall school performance and improvement over time on statewide testing. The API ranges from 200 and 1000, with 800 as the state goal for all schools.