Equitas scholars have consistently demonstrated high levels of proficiency and the percentage of students who are proficient or advanced Math has increased. The following chart shows the proficiency levels on California Standardized Tests in Math from our first year of testing in 2010-2011 through 2012-2013.

In math, Equitas started with 75% proficiency in 2011, which has increased to 80% proficient – including an impressive 58% advanced.  Only 4% of our students scored in the lowest two tiers in 2013 in math. 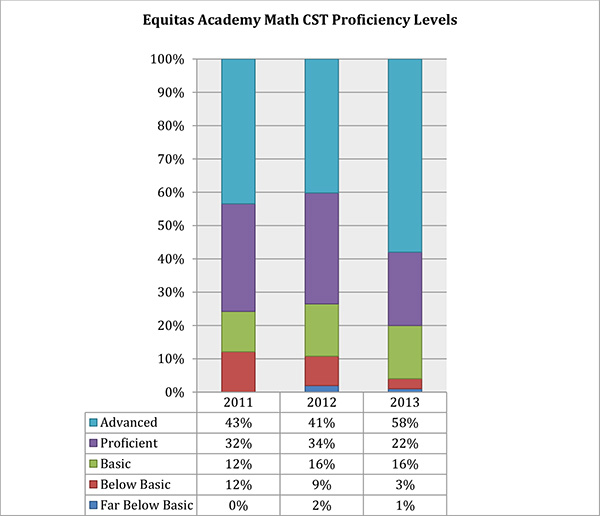